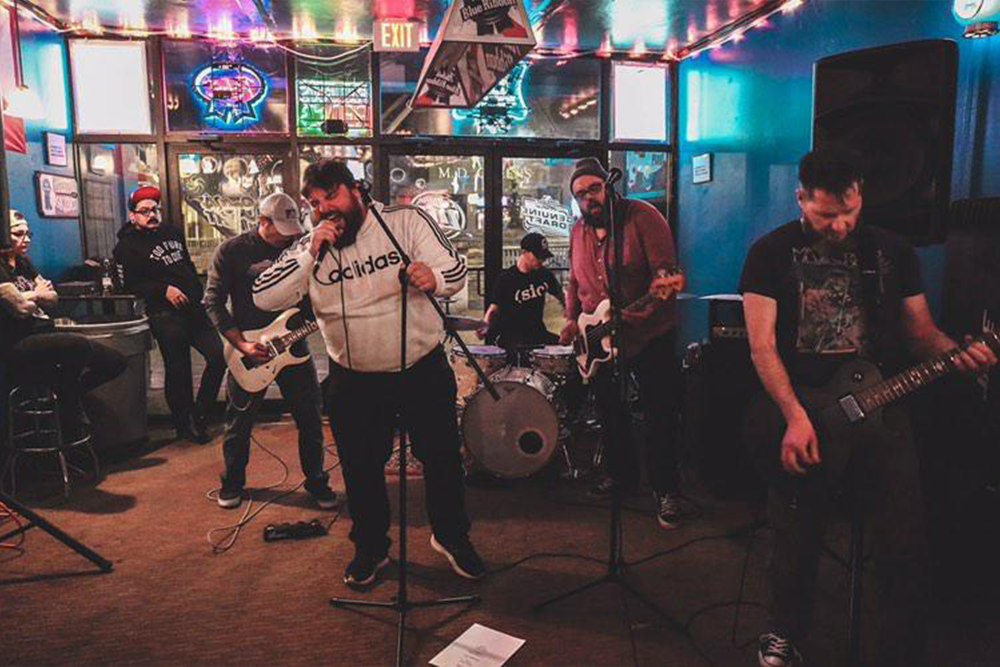 Extinguish the Sun formed in the Fall of 2015, emerging out of members of three fairly disparate local acts, chapter seven, Trippin Molly, and Panic Stations.

After releasing their first full-length, Antihero, the band played numerous shows. In the wake of releasing this record, EtS have played in and around the Dixon–Sterling–Rock Falls area with various diverse acts. Beyond playing shows in their immediate area, EtS recorded a session with Carl Nelson in DeKalb for WNIJ’s local music showcase, Sessions from Studio A. The band have also worked to extend their reach to other Midwest cities and bring their music before broader and more diverse audiences.

Around 1 ½ years after the release of Antihero, in January of 2019, they entered Straightaway Productions with local engineer Drew Widolff to record their EP, Oceans, slated to be released later in 2019. Comprised of six tracks of completely new material, this EP shows the band in their true form, experimenting, evolving, and honing their sound, but always remaining true to their initial intent of intensity, melody, and originality.

As 2019 unfolds, guitarists Nick Grobe and Jeremy Toms, bassist Daniel Edmunds, singer Jeremy Miller, and drummer Michael Morley have continued rehearsing and writing songs. With a broad range of influences and musical tastes, EtS work to continue writing compelling songs and releasing them, getting out and performing live as much as possible.

EtS continue booking shows and laying out their schedule for the coming year. You can surely expect to see them in a basement | garage | punk hovel near you soon.