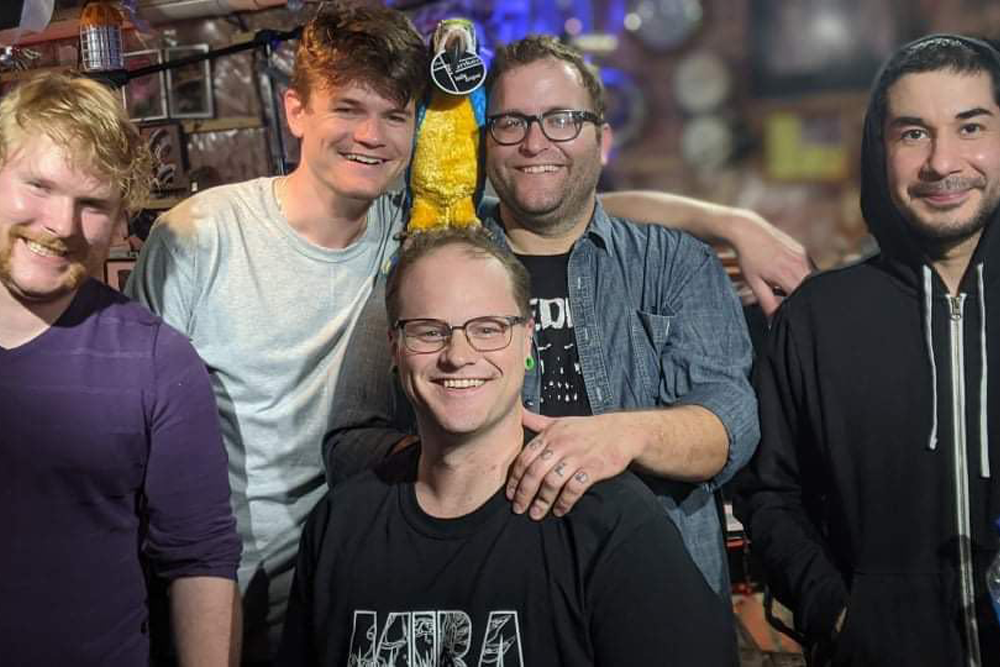 Mirabilia is a 5 piece indie/alternative band from Northwestern Illinois with influences ranging from the likes of Black Sabbath and Thin Lizzy to Pinegrove and Frightened Rabbit. Formed in early 2020, the band made the most of the pandemic by honing in their effects-heavy, infectiously melodic wall of sound. They made their first venture in recording with Tucker Thomasson (Throne of Iron) in the fall of the same year to put down "Aglet" & "Kind Tiger" and had their first official performance on WNIJ's (Dekalb NPR) Sessions From Studio A in January of 2021. A few short months later, they entered Swift Road Studios to record the singles "Kind Lion" and "Tough Talk" with Vincent Ippolito.

The band continues to shape their ever-evolving sound while writing and performing as much as possible. With plans and material on deck for EPs as well as a full length album, to go along with their energetic and engaging live shows, Mirabilia shows no signs of slowing down any time soon.